And be ready against the third day: for the third day the Lord will come down in the sight of all the people upon mount Sinai.

Ron Wyatt was able to continue following the Bible past the Red Sea crossing until be came across the real Mount Sinai. Here it is on Google Maps.

It’s been scoffed at by both nonbelievers and believers alike, and the number one reason being that it’s not in the Sinai Peninsula. It’s in Saudi Arabia. That flies in the face of everything everyone believes about it. I mean, it’s called the Sinai Peninsula, after all. Yes, just like Upper Egypt is actually the southern half of Egypt and Lower Egypt is the norther half. Seriously.

So what is the evidence of this being the real Sinai? Let’s look at some pictures.

And mount Sinai was altogether on a smoke, because the Lord descended upon it in fire: and the smoke thereof ascended as the smoke of a furnace, and the whole mount quaked greatly. 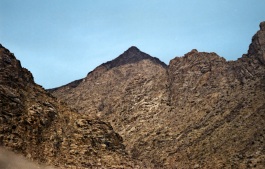 And all the people brake off the golden earrings which were in their ears, and brought them unto Aaron. And he received them at their hand, and fashioned it with a graving tool, after he had made it a molten calf: and they said, These be thy gods, O Israel, which brought thee up out of the land of Egypt. And when Aaron saw it, he built an altar before it; and Aaron made proclamation, and said, To morrow is a feast to the Lord. 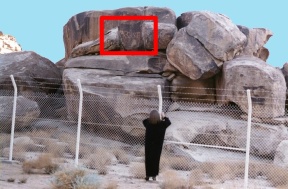 Behold, I will stand before thee there upon the rock in Horeb; and thou shalt smite the rock, and there shall come water out of it, that the people may drink. And Moses did so in the sight of the elders of Israel. 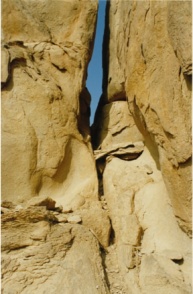 One thought on “Mount Sinai”

FTR Is On These Other Sites